Bat For Lashes, aka Natasha Khan, is an English songstress who has been a favorite among the fashion crowd since her first album, Fur And Gold, came out in 2006. Her music is beautifully melodious but moody, and honest, it lends itself perfectly to the contemporary fashion scene. Her style is her own, she mixes tank tops, vintage dresses, feathers, and glitter to create looks that would not be out of place in an LA dance club, but also make you think of fairies and magic. I love her because she says what she feels, and she seems to enjoy being herself in the spotlight. RYGGRAD girl, all the way. 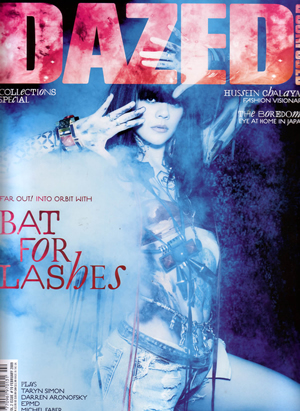 On the Cover of Dazed and Confused 2009 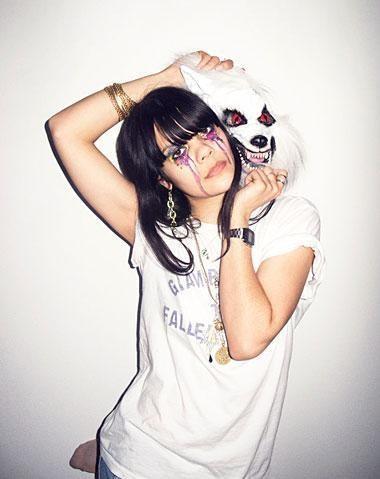 This entry was posted on August 27, 2011 by ryggradfashion. It was filed under Fashion Magazine, Muses, Photography and was tagged with Bat For Lashes, cover, Dazed and Confused, English singer, Fur and Gold, Natasha Khan, Two Suns, unique fashion style.