Amy Winehouse – In Memory of a Brilliant Talent

By now the news of the passing of Amy Winehouse has made its way around the world, and I’m sure many of you are as grief-stricken as I am. This is my little memorial for the talented and tragic Amy.

She was one of the stars who captured the attention of the world. Her music is original and yet, nostalgic. It’s real, it has much emotion and it speaks of a person who isn’t perfect, a person who struggles with many issues, and hurts deeply. And, her music is beautiful. It has brought me a great amount of pleasure, and I feel consoled in that we will always have at least this much of her.

Her impact on fashion was enormous. Everyone knows her look, and a great number of designers and stylists emulated it, over many seasons. She has earned her place as a fashion icon, with the likes of Kurt Cobain, who passed away at the same age as Amy, 27. Actually, 27 is the age at which many great musical icons have left us, including Jimmy Hendrix, Janis Joplin, and Jim Morrison. I keep thinking of the lyrics from “Front Row” by Metric,

“Burnout stars they shine so bright…” 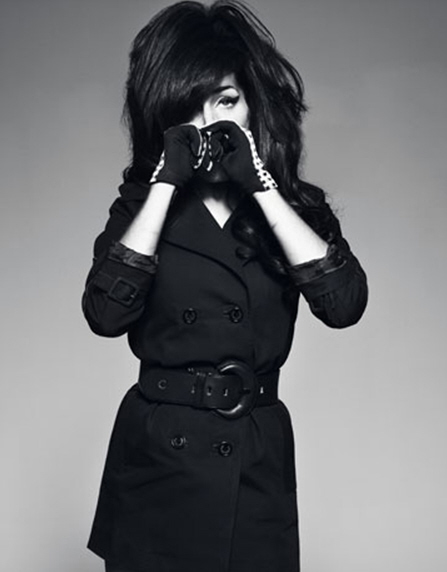 Amy on the cover of Marie Claire Italy April 2011